There is no doubt that technology is vital to our daily lives. From handheld devices like mobile phones, iPad, and tablets to large-sized electronics like mainframe computers and ATM machines, they all portray the importance of technology.

IoT is one of the most rampant technologies that cuts across all industries and has been readily embraced by people. This is because of the multiple applications that it can be put to.

It plays a key role in making our lives easier and also enhances efficiency in various industrial processes. Here is more on IoT product development and a few things you should know about it.

IoT is an acronym for Internet of Things. It is the science of integrating software and hardware together to come up with a system that can be remotely controlled via the internet or other network.

As such, it allows for various hardware devices to be connected together on a network platform and operated centrally. This has resulted in creation of a variety of smart systems like lighting arrangements, toilet flushing units, and other home appliances all of which can be controlled using an app on your smartphone or even by issuing direct verbal commands.

Implementing an IoT system is a lengthy process that entails several processes. It requires proper planning and preparations to ensure that things run smoothly and that there is no wastage of resources. Here are the major steps.

This is the first step that you should take after you’ve had an idea and decide to bring it to fruition using IoT. Research shows that more than 70% of the ideas that people come up with don’t make it to the product stage because of lack of proper planning.

The fact that it involves the use of hardware makes it much more costly than just software development. Some of the materials required like the development boards are expensive and so you can’t afford to buy the wrong ones.

With software it is cheaper since most of them are open source meaning that they can be downloaded and used for free. Therefore, it is very important that you first identify all the resources that you will need and budget for them.

Choose the appropriate tool-kit. Use locally available resources where possible to minimize the cost.

After you’ve acquired the materials needed it is now time to design the prototype. When doing so you should try and make it as realistic as possible but also flexible enough to accommodate future changes.

The tricky part with hardware development is that flexibility is limited. Once the materials are put in place it is costly to change them later on. Thus, you should be very careful at this stage to avoid making irreversible mistakes.

Your system must have some sort of connectivity to allow data transmission. This differs depending on your project. For instance, if it is to be operated via the internet then you should implement Wi-Fi or Ethernet capabilities.

On the other hand, if it is to be operated where there is no internet connectivity then you can opt for the use of Radio Frequency Identification (RFID). The choice is based on how suitable it is for the intended application.

Other options include Bluetooth, NFC, and LoRa. While implementing the connectivity you should also keep in mind the security issues. It should be able to transmit data in a secure manner. Consider the various networking protocols available.

This is very important because it dictates how the user will be able to communicate with the system. It ought to be simple enough to make it easy for the consumer to use.

When implementing the interface, you should use the principle of encapsulation so as to ensure the security of the system while also hiding the sophisticated parts from the user.

You can decide to have them interact with it directly or through a third-party like an app on their phone. 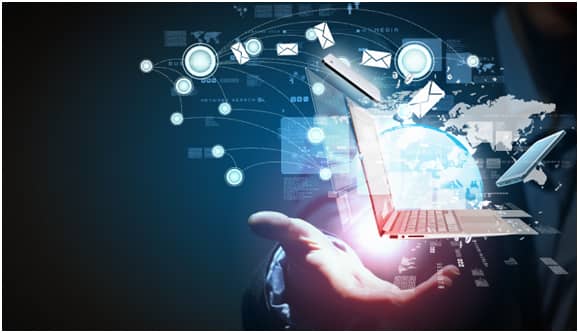 After you’ve integrated the relevant software the final stage in the development process is to deploy the system to the cloud.

This allows robust management of data through the servers and provides a suitable platform for various transactions. It enhances the functionality of your product.

However, you should note that further tests and trials needs to be done before the product can be released into the market for public use. Clickhere to learn more.

IoT has revolutionized the way a lot of things are being done. It brings a high level of automation that is of great use, especially, for industrial applications. For this reason, it is widely applied in several industries such as health, automobile, food production, research, and even in the department of defense. The development process is laborious and costly hence one should plan properly before starting the project and also pay attention to details during the process.

What is a Proxy Server and do I Need One?

What You Need To Know About The Hashtag

How To Check Mouse DPI?

Want to Get Free Instagram Likes and Follows? Just Use GetInsta!

How to Take a Screenshot

Things You Can Do With Design Templates

29 Surprising Health and Beauty Benefits of Green Apples You Didnt...

The Best Free Screen Recorder and Video Editor For 2021

Why Hiring For Non-Profits Can Be A Challenge